Exploring the Entrepreneurial Journey of Healthcare Founders.
Listen on your favorite player 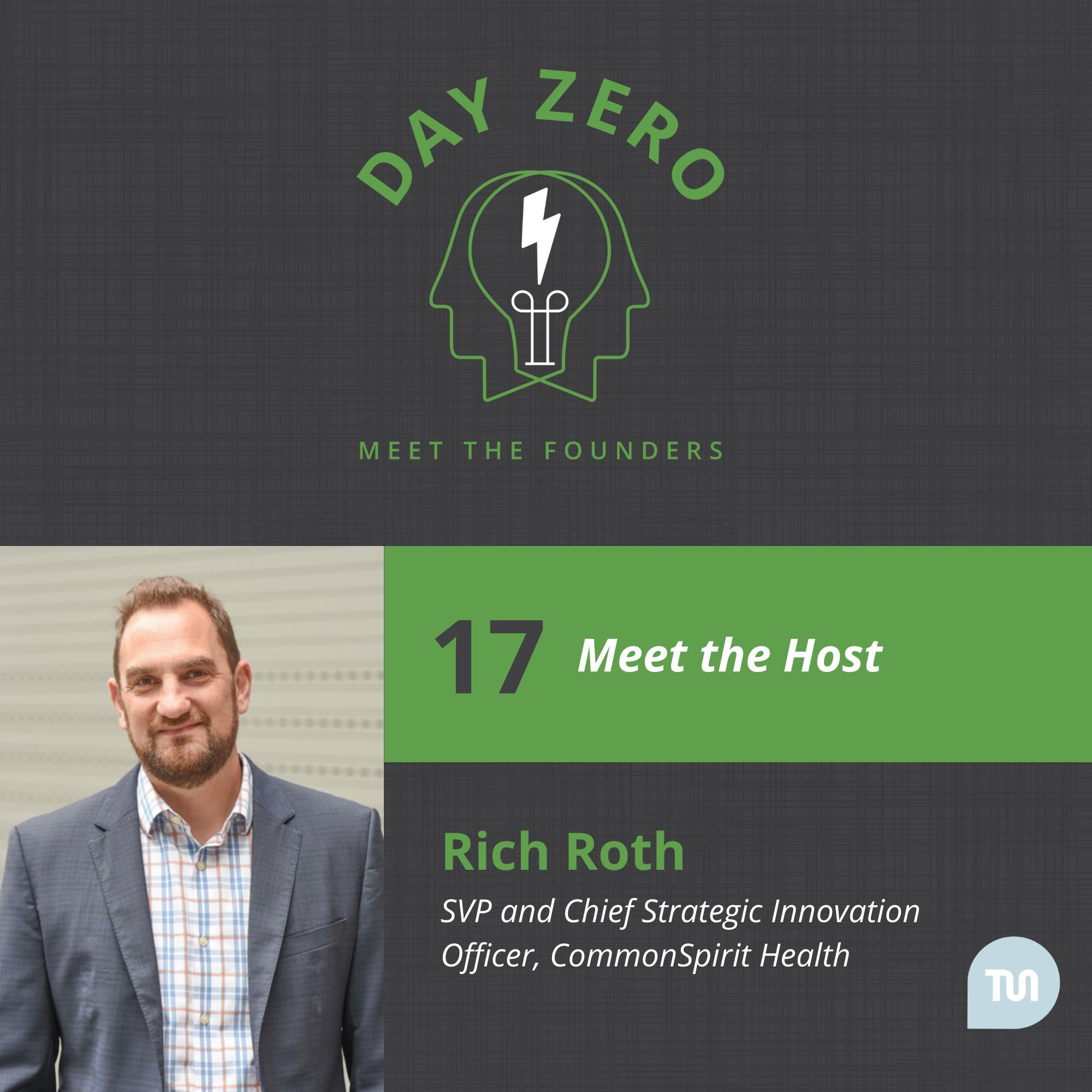 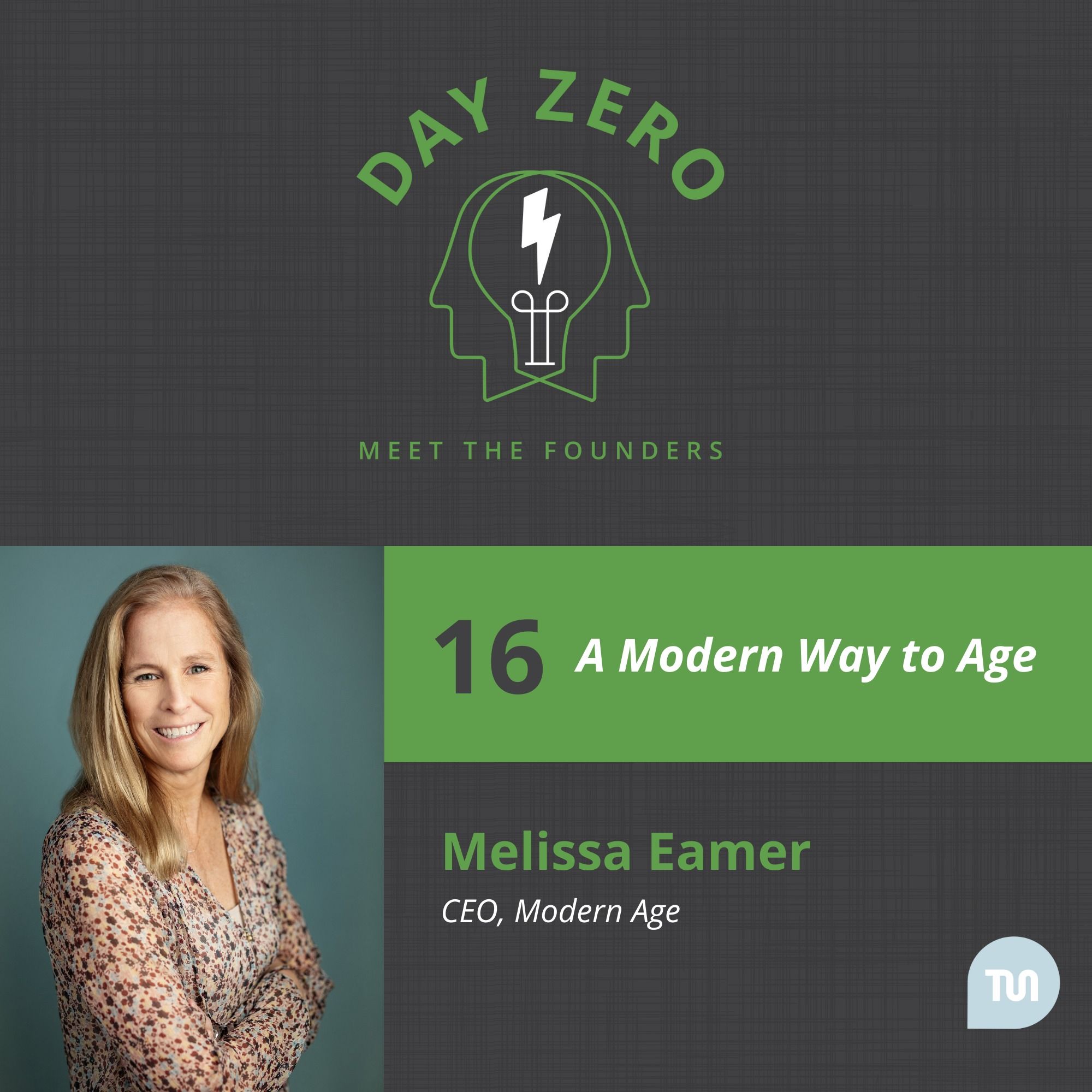 Meet Melissa Eamer:Melissa Eamer is the founder and Chief Executive Officer of Modern Age, an organization that helps people take control over how they age. Previously, she was the Chief Operating Officer of Glossier, Inc. She was also the VP of Sales & Marketing for Amazon Devices, and worked at Amazon in a number of roles for 20 years. She received an MBA in Marketing from the University of Michigan and a BA in English from the University of Vermont. Key Insights:Melissa Eamer felt like there was a better way of caring for people as they age. She brings her experience as a builder and manager of software, to healthcare.The Modern Age Mission. Their goal is to help people understand their “subjective age,” the age you feel rather than the age you are. Some research suggests that if people feel younger, they take better care of themselves, and live longer. (7:02)Balancing Patience and Speed. One of the challenges Melissa faces is balancing between being patient, for the right team member or right idea, while working fast enough so that the start-up doesn’t run out of money. (12:24)Finding the Right Board Members. Melissa searched for board members that offset gaps in her experience, and would be willing to push back or have serious debates to build a better product. (16:55) This episode is hosted by Aaron Martin. He is a member of the Advisory Council for Day Zero and is the Executive Vice President and Chief Digital Officer for Providence as well as Managing General Partner of PV.Relevant Links:Learn more about Modern Age“Taking Control of the Aging Journey: Why I started Modern Age” by Melissa Eamer“Modern Age is on a mission to put people in the driver’s seat of their aging journey” by TechCrunch
Read More 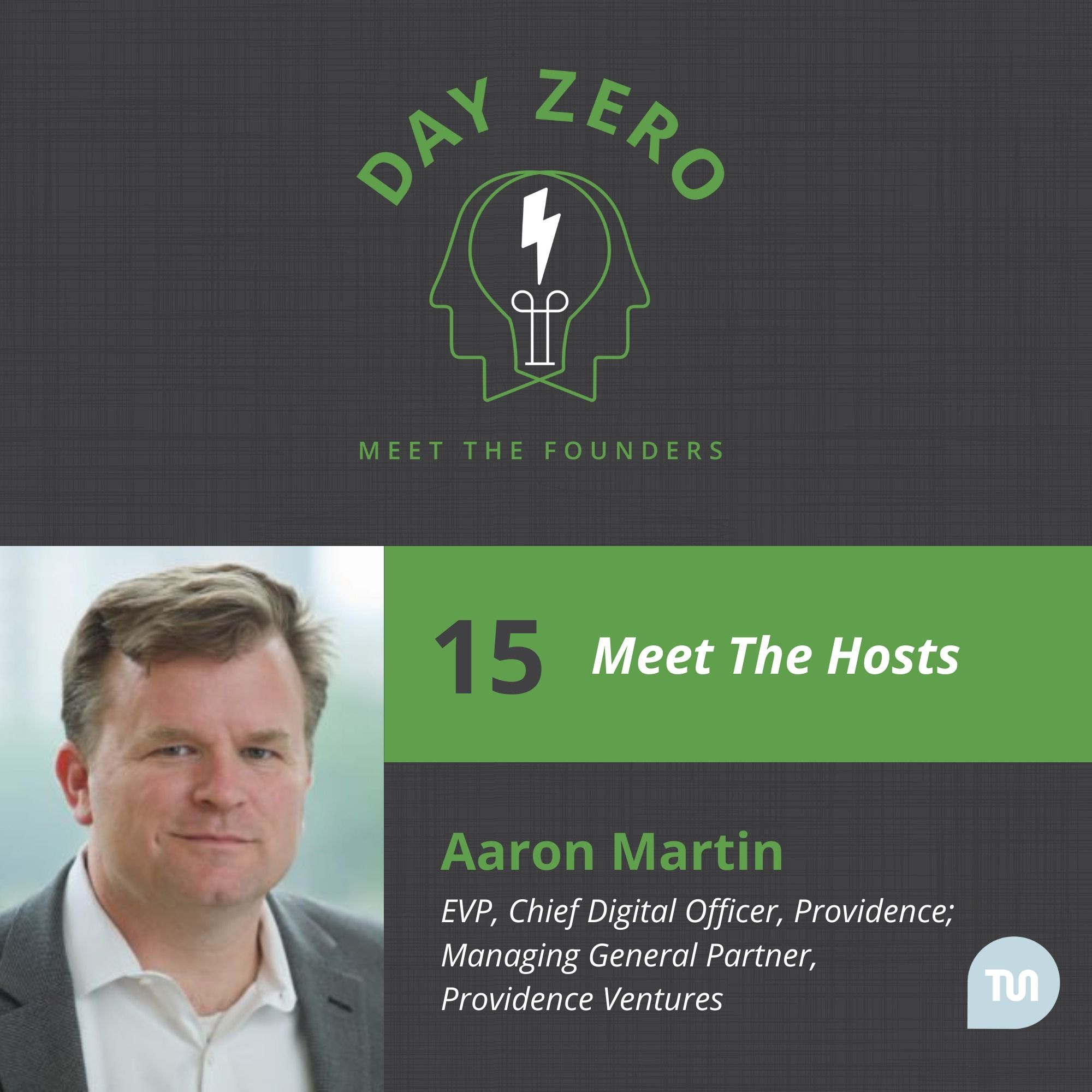 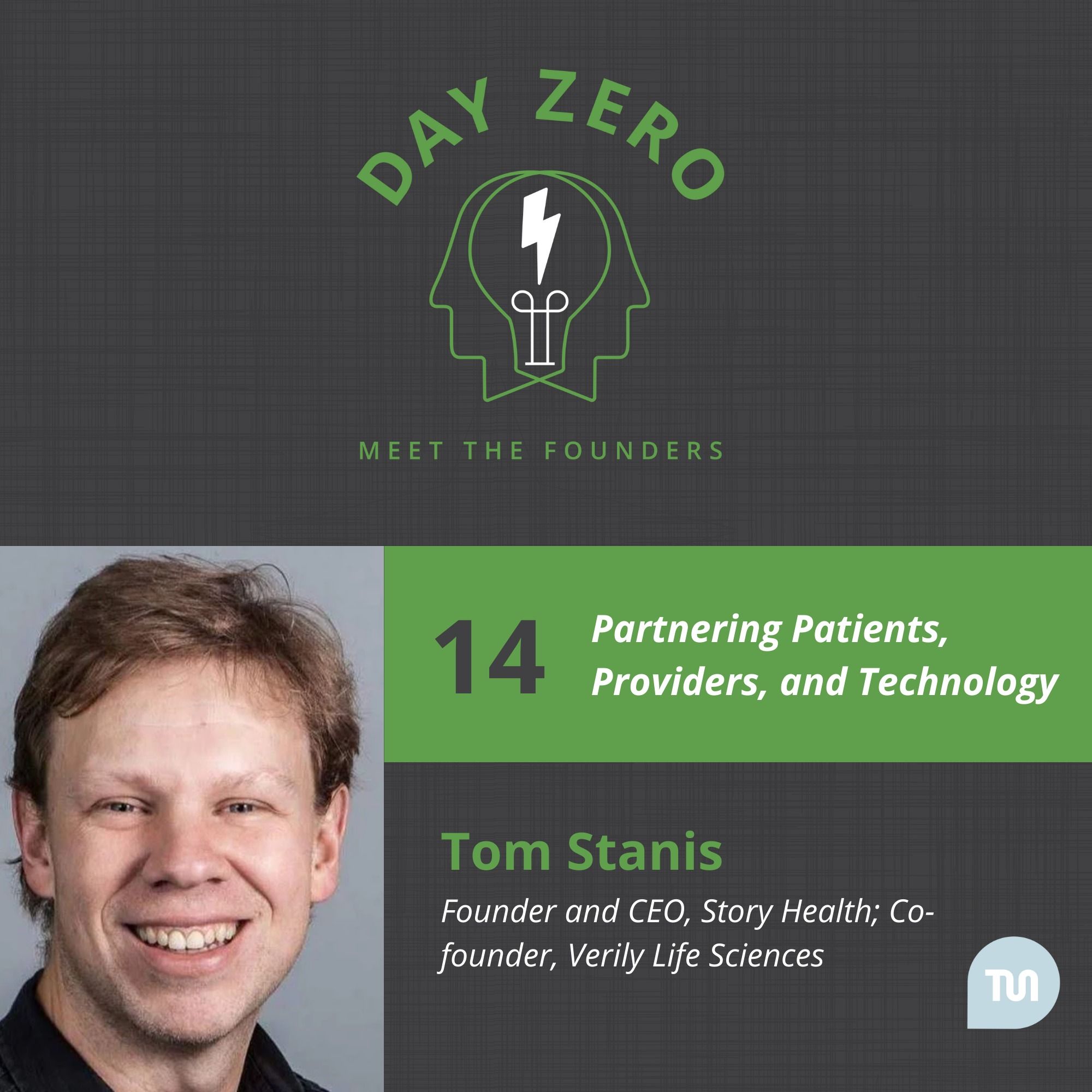 Meet Tom Stanis:Tom Stanis is the founder and CEO of Story Health, a platform that uses virtual care and AI to improve treatment for high-acuity patients. Tom was also the co-founder and Head of Software at Verily Life Sciences. Prior to his entrepreneurial endeavors, he was a Principal Engineer at Google Life Sciences. Tom received a BS in Computer Science from the University of Wisconsin Madison. Key Insights:Tom Stanis entered the healthcare sector with an understanding of data, and an eye for the logistic and technology problems healthcare needs solving.Behind the Why. While at Google, Tom was hit by car. A CT scan revealed he had no broken bones, but did have stage 1 kidney cancer. That experience inspired Tom to change careers, and work to improve healthcare. (2:04)Partnership vs. From Scratch. Partnering a start-up with a big company provides capital, brand recognition, and access to technology and resources. Alternatively, founding a company from scratch allows for flexibility, nimbleness, and less bureaucracy. (12:29)Building the Right Team. The most important part of starting a business is finding the right team. Small start-up teams spend a lot of time together, there needs to be the right personality fit. Tom went through multiple groups of people before he found the right match. (18:13)This episode is hosted by Lynne Chou O’Keefe. She is a member of the Advisory Council for Day Zero and is the founder and Managing Partner of Define Ventures.Relevant Links:Learn more about Story Health“Introducing Story Health” by Tom Stanis“Verily Co-founder Launches Virtual Specialty Care Startup” by MedCity News
Read More 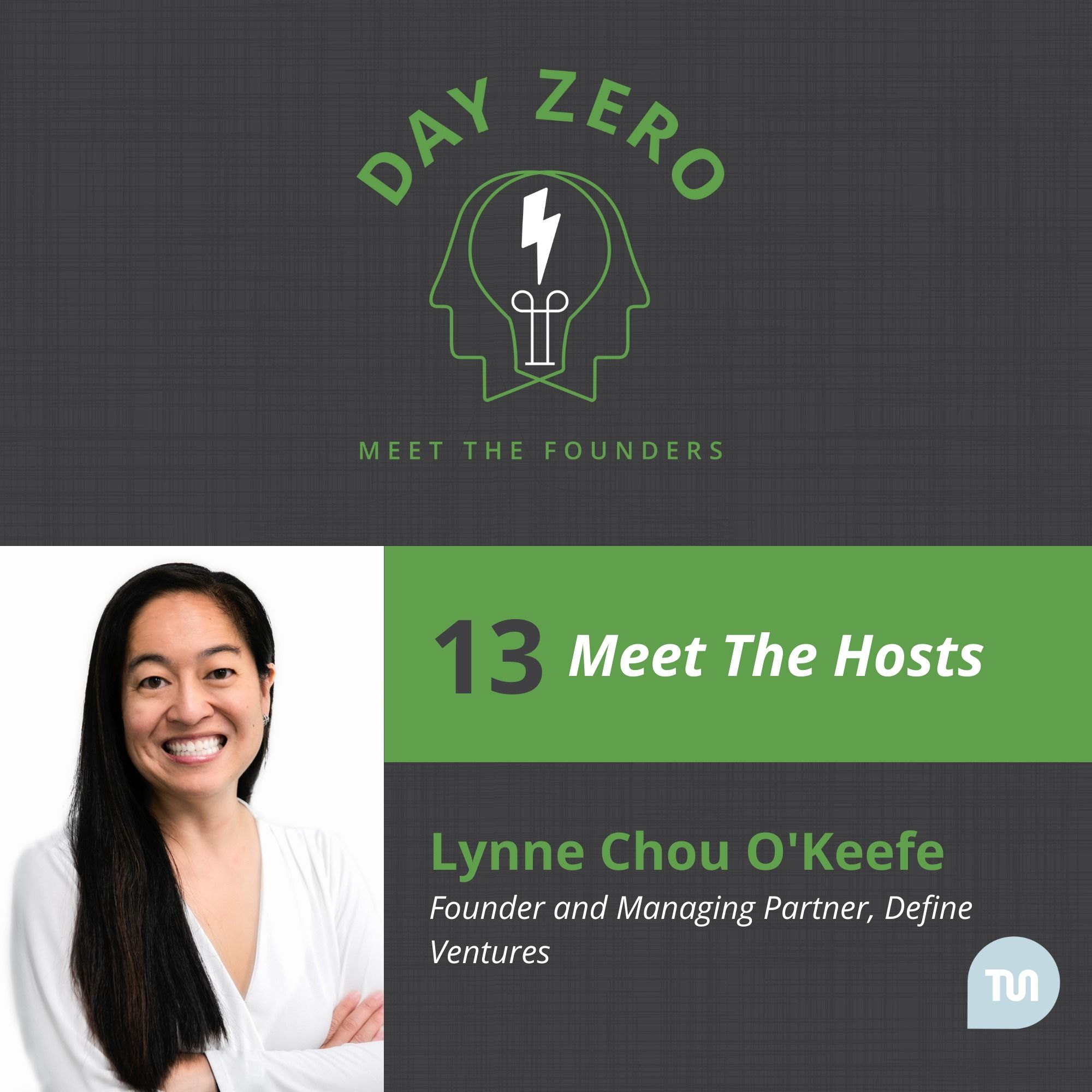 In this episode, hosted by Think Medium founder Gary Bisbee, Ph.D., we get to know Day Zero Advisory Council Member Lynne Chou O’Keefe. Lynne is the founder and managing partner of Define Ventures, which focuses on investing in early stage digital health companies that will redefine healthcare.
Read More 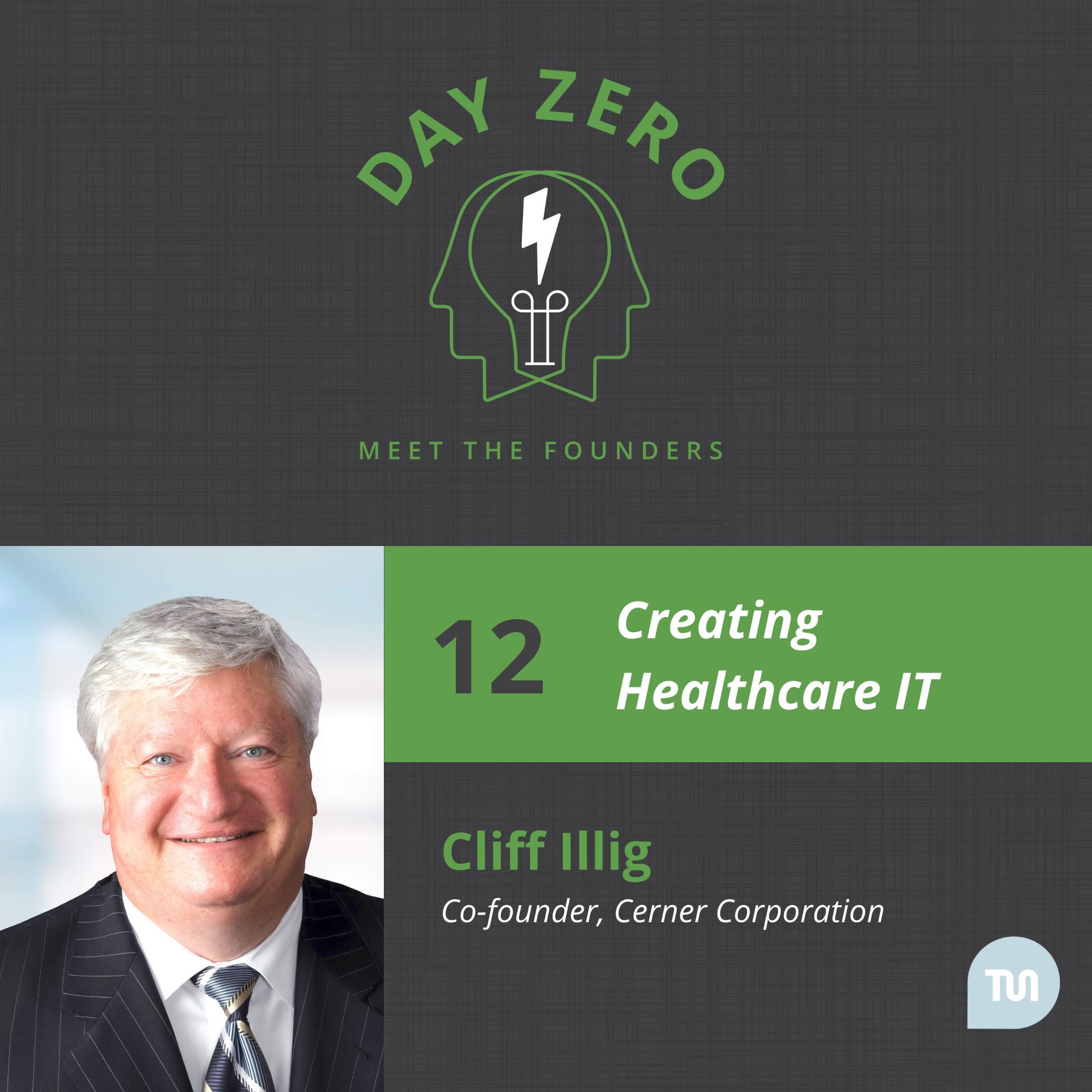 Meet Cliff Illig:Cliff Illig is one of the co-founders of Cerner Corporation. He has served as Cerner’s Chief Operating Officer, President, and Vice Chairman. He is also a principal owner of Sporting Kansas City and founder of FanThreeSixty. Cliff was named to the Entrepreneur Hall of Fame as well as awarded the Henry W. Bloch International Entrepreneur of the Year. He is a graduate of the University of Kansas with a degree in accounting and business administration.Key Insights:Cliff Illig is a key player in the healthcare industry and has been driving impact and change for multiple decades. Becoming a Founder. Cliff and his partners realized they wanted to found a software company. They made two lists, one with industries they had knowledge of, and the other industries they knew nothing about. Healthcare was on the second list, but their knowledge of manufacturing helped create their first product for sharing lab data within a hospital. (8:05)Handling Complexity. To handle complexity, Cliff recommends breaking the problem down into smaller, compartmentalized pieces and working on those individually.Then step back and see how those individually improved pieces look combined. (12:26)If You Oppose, You Got to Propose. Early on at Cerner, Cliff and his team decided that if you spoke against something, you had to also present a better idea. This empowered employees: ideas were not stuck down because they were “bad,” rather they were replaced with better ones. (28:50)This episode is hosted by Don Trigg who is a member of the Advisory Council for Day Zero and is the former President of Cerner Corporation.Relevant Links:“Kansas Business Hall of Fame announces inductees”“Cerner co-founder Cliff Illig shares his startup story with KU MBA students” by The Lawrence Journal World“Oracle-Cerner Deal Could Help Healthcare Systems Share Data” from The Wall Street Journal
Read More

Day Zero is a podcast where founders share their unique journeys. Behind every company is an individual or group of individuals with ambition, goals, and dreams. On Day Zero, you’ll hear the engaging voices of these founders as they tell their stories, from their perspectives, and in their words. Our Advisory Council members are influential innovators and entrepreneurs in healthcare who have daily contact with the most interesting and impactful founders. Drawing from their individual body of work, knowledge and experience, each member of our Advisory Council contributes to the curation of unique and compelling stories of founders and their journeys.