Envisioning the Leadership Possibilities in Healthcare
Listen on your favorite player 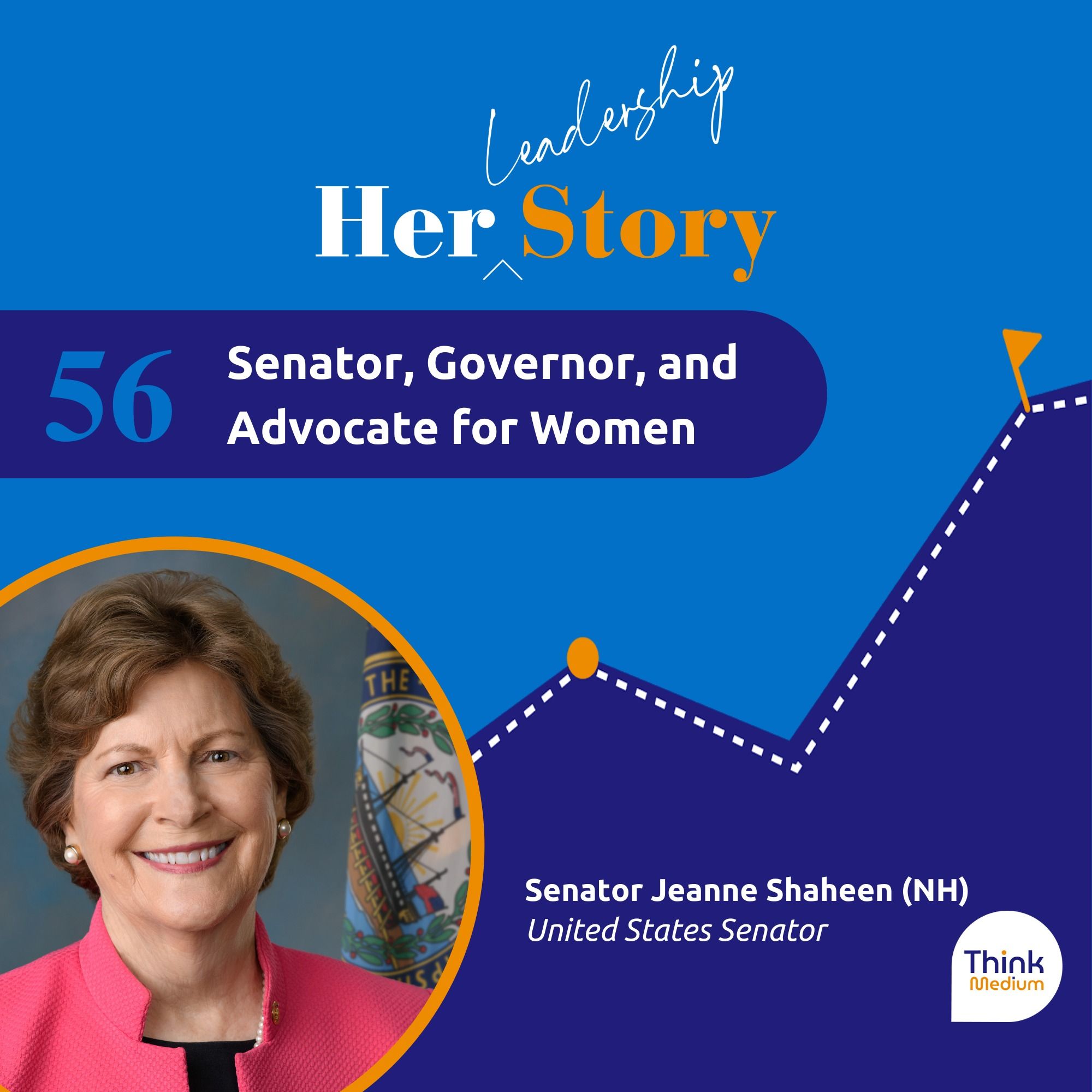 56: Senator, Governor, and Advocate for Women

Meet Senator Jeanne Shaheen:Senator Jeanne Shaheen is the sitting U.S. Senator for New Hampshire. She is a member of the Senate Committees on Armed Services, Foreign Relations, Appropriations, Small Business and Entrepreneurship, and the Select Committee on Ethics. Previously, Sen. Shaheen served as the Director of Harvard University's Institute of Politics at the Kennedy School of Government. She was also elected Governor of New Hampshire, and is the first woman in U.S. history to be elected both a Governor and United States Senator.Key Insights:Senator Jeanne Shaheen is an accomplished politician. She is the highest-ranking woman on the Armed Services Committee, and has been an elected public servant for over two decades.Raise Your Hand. While at the Institute of Politics at the Kennedy School at Harvard, when she asked which student want to run for office, almost every male hand would go up, but only a third of women. Sen. Shaheen emphasizes the importance of having women in office, so policy decisions reflect women’s experiences (4:42)Compromise. Reaching compromise requires a willingness to listen to other points of view, to find common ground, and to be respectful. (16:30)Public Service. For women interested in public service careers, Sen. Shaheen recommends that you reflect on what issues you care about most, and find related work. This is the best entrance into what you might want to do next in politics, policy, or public service. (17:51)This episode is hosted by Joanne Conroy, M.D. She is a member of the Advisory Council for Her Story is the CEO and President of Dartmouth-Hitchcock and Dartmouth-Hitchcock Health.Relevant Links:Learn more about Senator Shaheen’s campaignFollow Senator Shaheen on Twitter“Partisan politics compromise the bipartisan consensus around energy efficiency” by Sen. Jeanne Shaheen
Read More 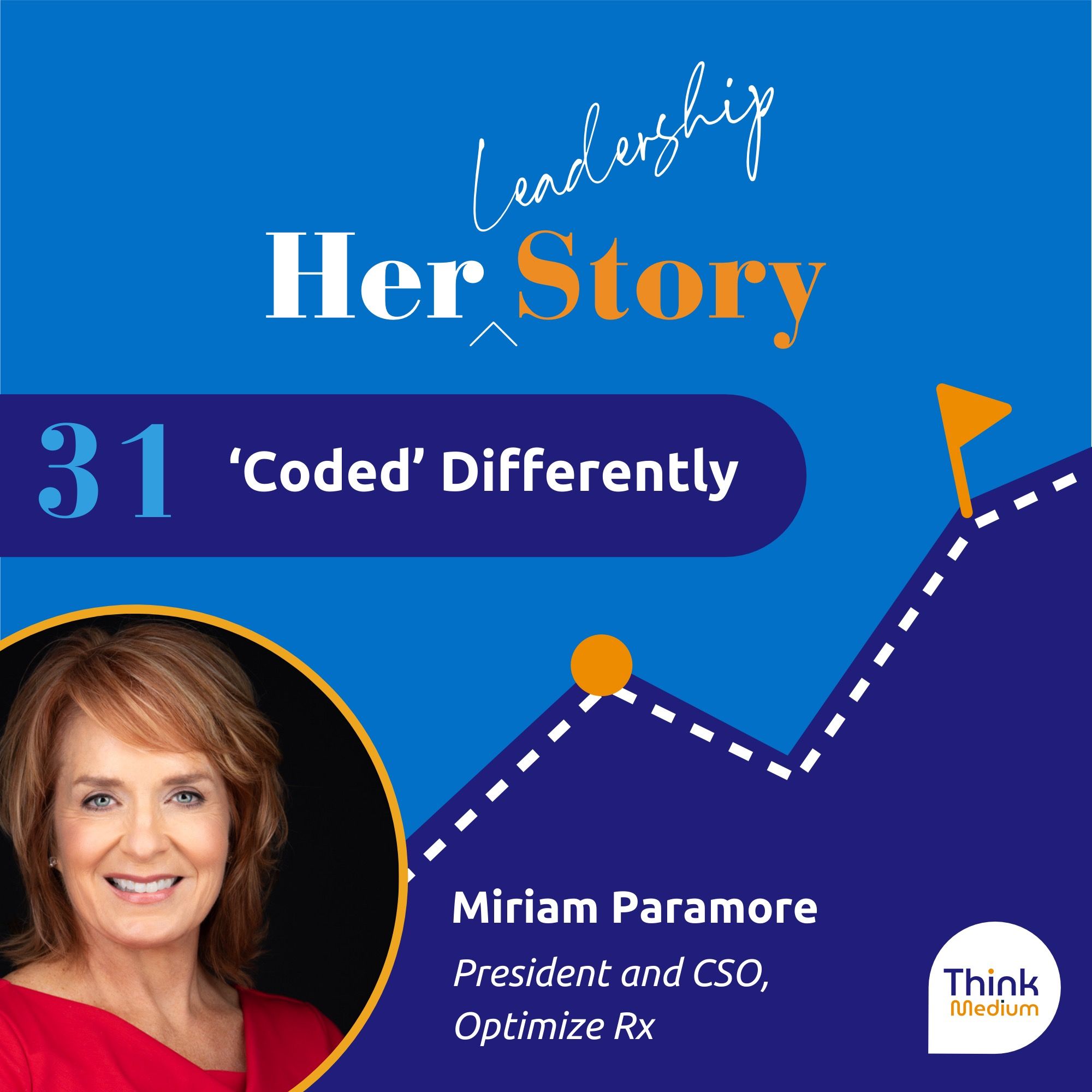 In this episode, we sit down with Miriam Paramore, President and CSO at Optimize Rx to talk about breaking expectations for females, the advancement of health technology, diversity in the workplace, and more.
Read More 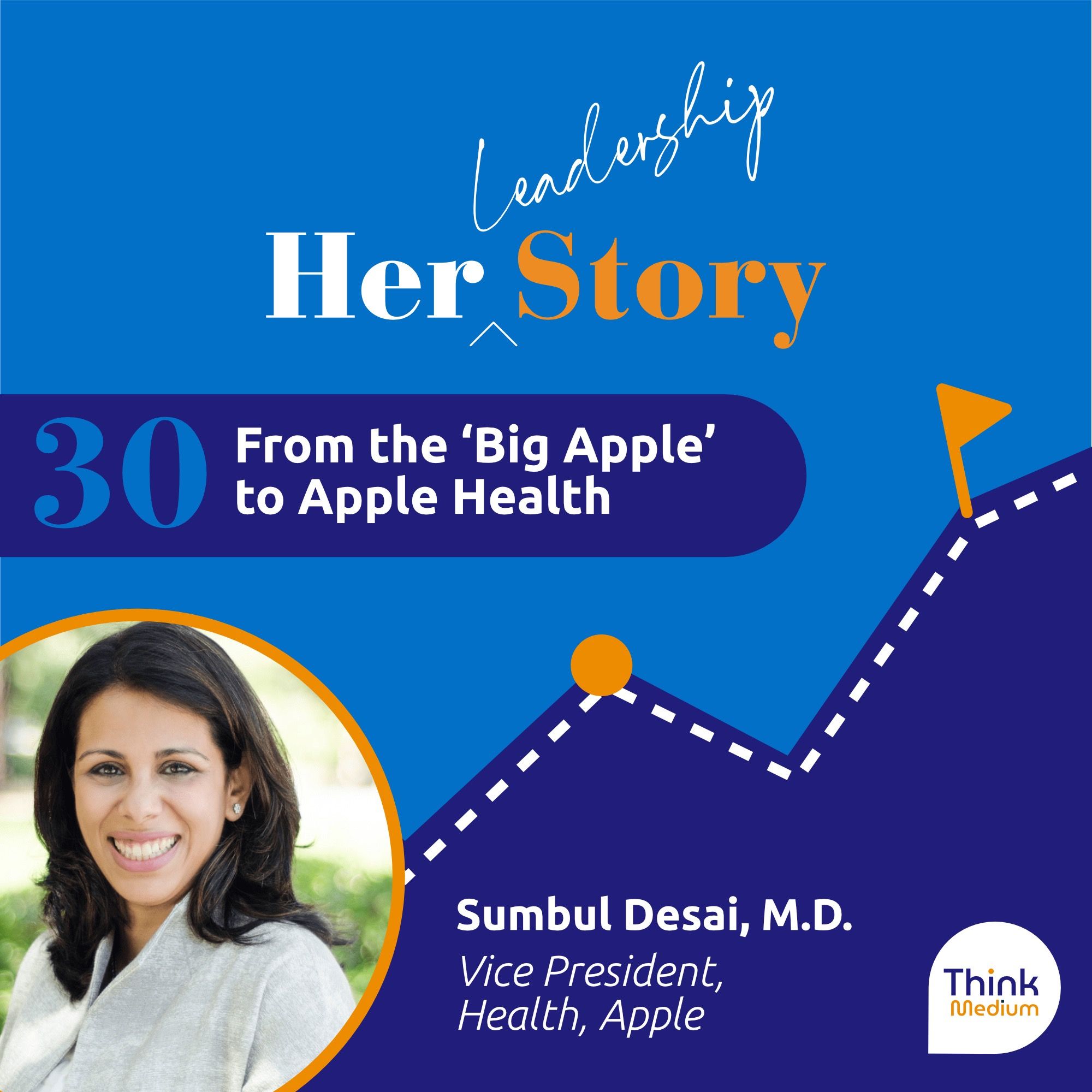 In this episode, we sit down with Sumbul Desai, Vice President of Health at Apple. The conversation explores how seemingly irrelevant experience can prove to be very useful, maximizing your impact, how a path to success can break boundaries and more.
Read More 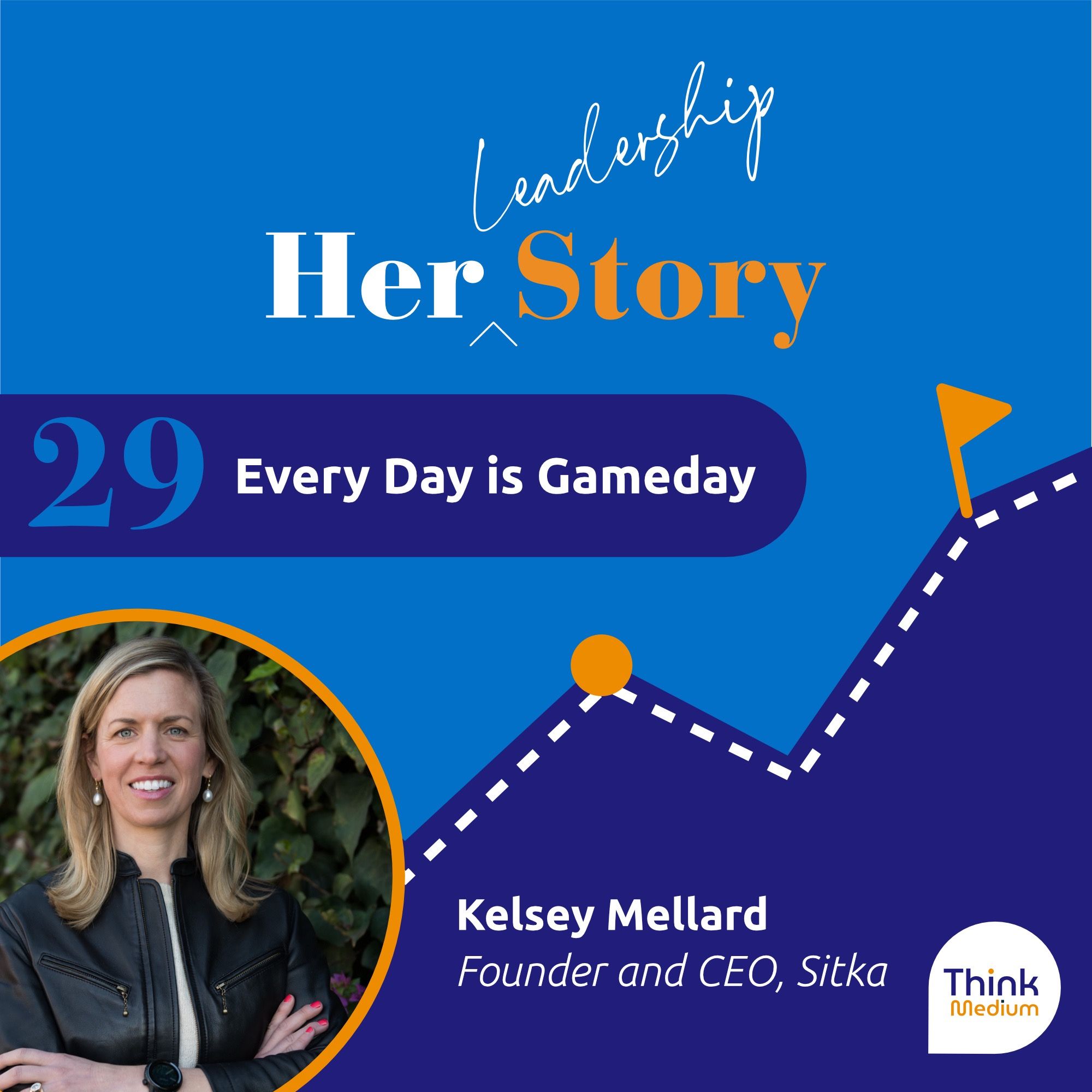 See more interviews with women leaders in healthcare and beyond at https://www.thinkmedium.com/programs/her-story/ Kelsey Mellard, is the CEO and Founder of Sitka. Prior to founding Sitka, Kelsey lead Health System Integration for Honor Homecare. Prior to joining the Honor team in 2013, she lead the development of the Post-Acute Care Center for Research (PACCR), which she served as its Executive Director. Prior to this, she was Vice President of Partnership Marketing and Policy at naviHealth and launched their Washington, D.C. office. She has also been the Vice President of Policy for Health Services at UnitedHealth Group and worked closely with Optum. She has also been Special Assistant the Director of the Center for Medicare and Medicaid Innovation (CMMI) where, in addition to helping establish the organization, she also served on the Steering Committee for its Health Care Innovation Summit, engineering its first-ever public-private event.Before working with the Federal Government, Kelsey worked directly within the healthcare delivery system as a consultant to a variety of hospital systems. She has also served as a member of the Advisory Board Company, and as an Administrative Fellow at Children’s Mercy Hospital and Clinic. Kelsey began her career at the Henry J. Kaiser Family Foundation working on the StateHealthFacts.org team. She attended Winona State University, where she received a Bachelor’s of Science Degree in Community Health, and received her Master’s degree in Public Administration from the University of Kansas. Currently, she also serves as an adjunct faculty member at Winona State University in the College of Nursing and Health Services.
Read More 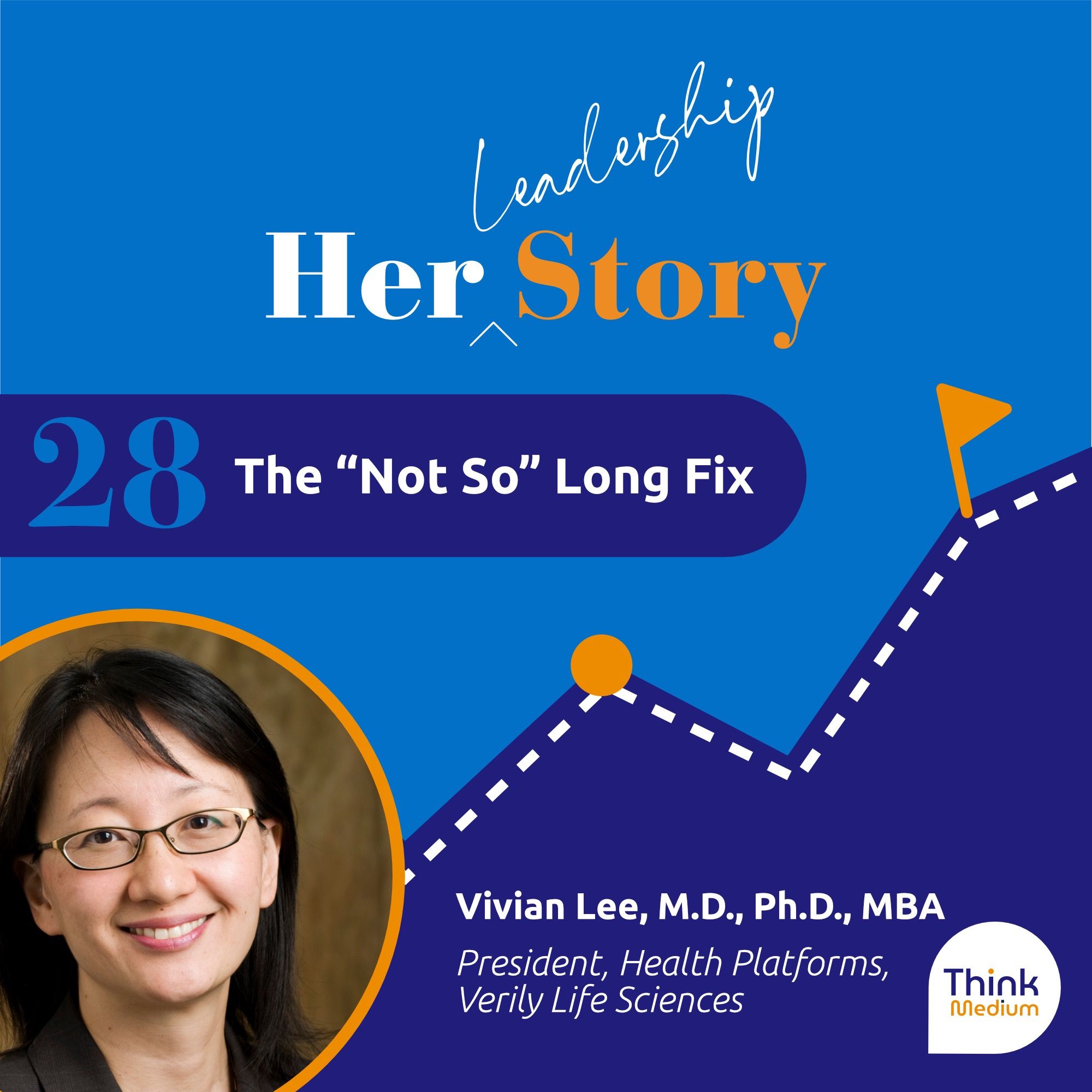 In this episode, we sit down with Vivian Lee, President of Health Platforms at Verily Life Sciences. We’ll explore the healthy tension between innovation and scientific discovery, Dr. Lee’s development journey from technical training to running a multi-billion dollar organization, the next generation’s desired responsibility to fix the healthcare system, and more.
Read More 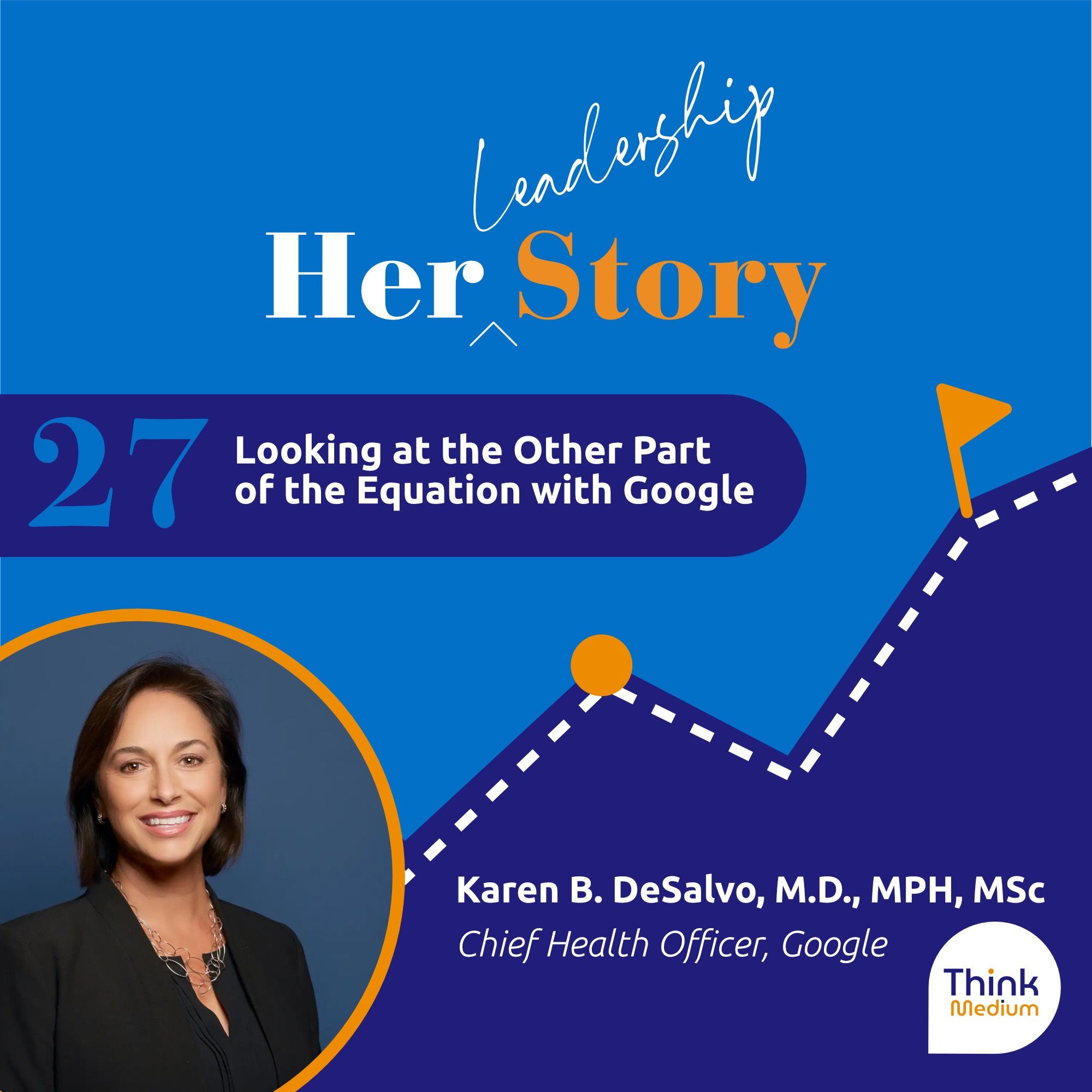 Ep 27: Looking at the Other Part of the Equation with Google, with Karen B. DeSalvo, M.D., MPH, MSc

In this episode, we sit down with Karen DeSalvo, Chief Health Officer at Google. We’ll explore leadership and healthcare from the perspective of her accomplishments and how crises helped her define where she could make the most difference.
Read More

Her Story is developed by women for women to share stories that expand their vision of what is possible as healthcare leaders. Hosted by Her Story Advisory Council.