The business podcast for physicians and health care leaders.
Listen on your favorite player 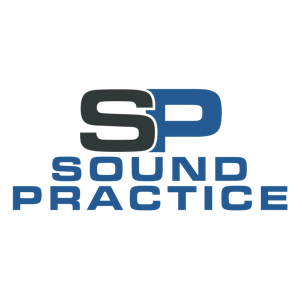 Bioethics During a Pandemic: Missed Opportunities, Lying Patients, and Disparities in Patient Outcomes

Matthew K. Wynia, MD, MPH, FACP, is Director of the Center for Bioethics and Humanities at the University of Colorado.  He previously directed the AMA’s Institute on Ethics for 15 years. Given Dr. Wynia’s training in infectious diseases, public health and health services research, host Mike Sacopulos discusses a range of ethical issues in medical practice including the following: • Factors that caused our response to the COVID-19 pandemic, what happened to the playbook for pandemic response? • The ethics surrounding vaccine mandates.  • The need to improve systems that impact physician practice, not the need to improve physicians.  • Some research surrounding patients that are not truthful with their physicians. • Patient safety and racial disparities in outcomes, care delivery as medical errors, implications for physician leaders. As a bonus, Dr. Wynia discusses the application of the study of art to the practice of medicine.  https://www.cuanschutz.edu/centers/bioethicshumanities/facultystaff/matthew-wynia Learn more about the American Association for Physician Leadership at www.physicianleaders.org
Read More

Logistics in the Age of Pandemic: Managing Your Health System’s Supply Chain

COVID-19 has provided a steep learning curve for healthcare systems managing their supply chain. In a flash, PPE became as difficult to acquire as a popular child’s toy at the holidays. In this episode of SoundPractice we speak with Dr. Thomas Tsai about his experience and research on supply chains. Dr. Thomas Tsai is a surgeon and health policy researcher in the Department of Surgery at Brigham and Women’s Hospital and in the Department of Health Policy and Management at Harvard T.H. Chan School of Public Health. How can hospital leaders work with clinicians on safety across the supply chain including delivering care and measuring care?  How to look at human capital as a supply chain factor, investing in the pipeline for a robust workforce?  How can healthcare systems predict short term demands upon the supply chain? What unintended consequences did the suspension of elective procedures trigger? This episode will help your organization prepare for the next unexpected surge in demand for care. Dr. Thomas Tsai https://www.hsph.harvard.edu/thomas-tsai/ Learn more about the American Association for Physician Leadership at www.physicianleaders.org
Read More

Physician Leadership in the Time of COVID-19 with Dr. Anthony Fauci

In this episode of SoundPractice, Mike Sacopulos and Dr. Peter Angood interview Dr. Anthony Fauci on the nuances of physician leadership during a pandemic.  As the Director of the National Institute of Allergy and Infectious Diseases, Dr. Fauci, who has been a physician leader and in the forefront of medicine since the 1980s, will explain how he navigated the balance of clinical issues and political situations through seven presidential administrations, his take on both courage and humility for physician leaders, and his clarion call for vaccinations and the role of physician leadership in getting ahead of this pandemic. Dr. Angood discusses the tactical side of skill and competency building for physician leaders, physician leadership at this unprecedented time, and initiatives that the American Association for Physician Leadership (AAPL) is undertaking on the Global scene.  As a bonus, Dr. Fauci shares his opinion on the best resources for physicians to access to stay abreast of news related to COVID-19.   Dr. Anthony Fauci https://www.niaid.nih.gov/about/director Dr. Peter Angood https://www.physicianleaders.org/about/executive-management-bios/peter-angood Learn more about the American Association for Physician Leadership at www.physicianleaders.org
Read More

Sharing is Caring: Your Patients’ Data and Information Blocking

One of the hallmarks of practicing medicine in the 21st century is the creation and maintenance of electronic health data.  Although much of the discussion around data is about ransomware, breaches, and EHR systems, that discussion is expanding.  The Office of Civil Rights is in the midst of a right of access initiative to help patients get their medical records.   The CURES Act addresses information blocking.  This marks a change of focus from rules surrounding the protection of medical data to the use and accessibility of that data. In this episode of SoundPractice, Mike Sacopulos interviews Deven McGraw, Chief Regulatory Officer for Ciitizen and former Deputy Director for Health Information Privacy at The Office of Civil Rights. Ms. McGraw will walk us through the rules for and status of Information Blocking. She will also cover the recent Office of Civil Rights’ Right of Access Initiative policies surrounding the “Designated Records Set.”  Since HIPAA went into effect in 1996, healthcare providers have been endeavoring to safeguard patient data. After 25 years, prepare to shift your thinking. Join us for a look at healthcare data, patient privacy, and the law. Deven McGraw Co-Founder & Chief Regulatory Officer, Ciitizen.   [email protected] Learn more about the American Association for Physician Leadership at www.physicianleaders.org
Read More

Dr. Ana Pujols McKee is the Executive Vice President and Chief Medical Officer, Chief Diversity, Equity, and Inclusion Officer for The Joint Commission. In this episode, we will talk with Dr. McKee about racial disparities in healthcare and ways to address those disparities. Vaccine hesitancy and general trust in medicine by the public are explored. Finally, we turn toward new initiatives and activities of The Joint Commission. This is an important episode featuring a national healthcare leader. Dr. McKee’s keen insights and her experience are not to be missed. https://www.jointcommission.org/about-us/joint-commission-officers/ana-pujols-mckee/ [email protected] Learn more about the American Association for Physician Leadership at www.physicianleaders.org
Read More

Apple TV+ launched “Ted Lasso” in the fall of 2020. The series focuses on an American football coach (played by Jason Sudeikis) who is hired to coach an English soccer team. But Ted Lasso is less about sports and more about leadership.  A Golden Globe, a Screen Actors Guild, and a Critics Choice Award later, along with charming an ever growing audience, we are ready for the second season. In this episode of SoundPractice we will talk with Gary Schwartz, MD, MHA, President, Associated Eye Care, about his LinkedIn article, “Leadership Lessons from Season One of Ted Lasso.” Dr. Schwartz found ten crucial leadership lessons woven into the Ted Lasso series. This episode serves proof that SoundPractice can be hip, socially relevant, and educational -- simultaneously. Gary Schwartz, MD, MHA President, Associated Eye Care Stillwater, MN https://www.linkedin.com/posts/gary-schwartz-md-mha-775b51_leadership-lessons-from-ted-lasso-activity-6789711939418279937-qlti Learn more about the American Association for Physician Leadership at www.physicianleaders.org
Read More Cheryl Toth, MBA, is a professional development leader, trainer, and content creator. Her passion is empowering physicians and practice teams to achieve goals, improve performance, and enjoy their work.
She brings 25 years of practice management consulting, training, healthcare technology leadership, and content development to her projects.
Cheryl has a BS, Music from Western Michigan University and an MBA, Finance from Loyola University Chicago. She received coaching training from Erickson College. A distance runner and life-long learner, Cheryl enjoys culinary, visual, and performing arts, loves to travel, and aspires to speak Spanish fluently. Mike is the CEO of Medical Risk Institute (MRI), a firm that provides proactive counsel to the healthcare community in order to identify where liability risks originate, and reduce or remove these risks. Mike’s unlawyerlike pragmatism and clever wit make him a sought after speaker by national specialty societies MGMA national and state chapters, and trade associations.
Mike is General Counsel for Medical Justice Services where he is tasked with keeping the organization’s members out of meritless lawsuits. In a fit of madness, Mike agreed to work with a Lloyd’s of London firm, to write the first cyber insurance product designed exclusively for healthcare industry.